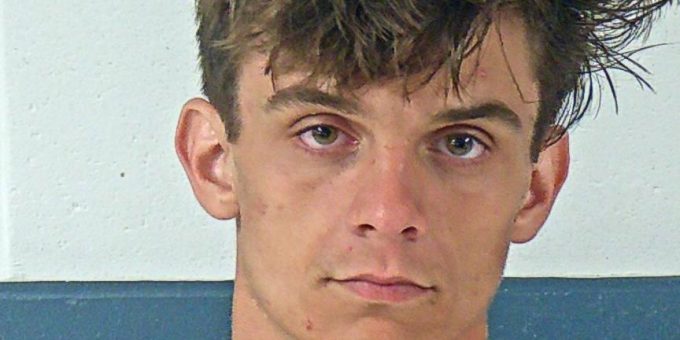 BEDFORD – A Bedford man was arrested after Bedford Police officers were requested to the 1200 block of Crawford Drive just after 2 p.m. after a report of a suspicious male. The caller said the male had approached his home saying he had a flat tire and needed to use the caller’s telephone.

The caller reported the male was walking around the neighborhood and appeared out of place.

Officers located a vehicle at the dead-end of Crawford Drive that was parked in the middle of the roadway blocking traffic.

Police say 19-year-old Jeremiah Cunningham exited the passenger side door.  He told the officer he had a flat tire and was waiting on a ride.

Police say Cunningham was nervous, talking rapidly and fidgeting through his pockets, and appeared to be on a controlled substance.

Cunningham was asked his name and he told the officer he had not committed a crime and did not have to provide his name.  He then pulled a cellphone from his pocket and began recording the conversation. The officer conducted a vehicle license plate check. The plate returned to a different vehicle and ultimately a different person.

While at the Bedford Police Department,  officers were able to identify Cunningham and learned he was wanted on a warrant for petition to revoke in Orange County.

Cunningham told officers he was currently under the influence of meth, Heroin, and Xanax. He was arrested on new charges of public intoxication, resisting arrest, and refusal to identify himself.