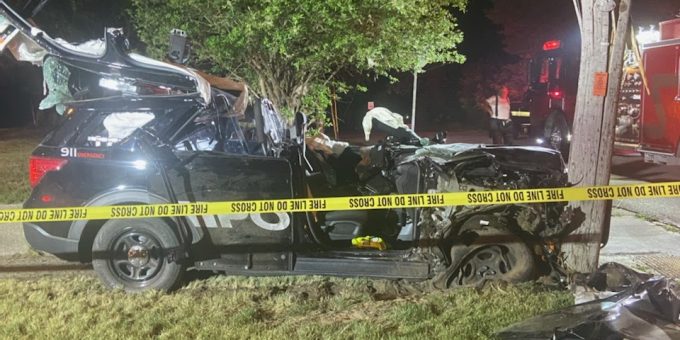 MUNSTER – Wednesday, June 29th, at approximately 8:57 p.m., a vehicle crash occurred at the intersection of Ridge Road and Beech Avenue in Munster.

The crash resulted in serious injuries to Officer Riemerts. Troopers from the Indiana State Police Lowell Post responded to the scene and handled the crash investigation at the request of the Munster Police Department.

As a result of the crash, Officer Riemerts became trapped in the vehicle and had to be extricated. Officer Riemerts was taken to a local hospital where he was treated for his injuries and released. He is expected to make a full recovery. The driver of the white pickup truck had a complaint of pain from the crash but did not need to be transported for treatment. The vehicle that Officer Riemerts was attempting to catch up to was not located and has not been unidentified.