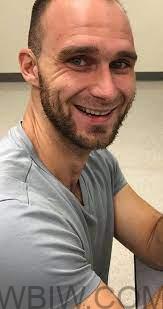 BROWNSTOWN – Jackson County Prosecutor Jeff Chalfant is releasing his findings following the review of a nine-month investigation by Detectives with the Indiana State Police-Versailles Post into the death of Joshua A. McLemore, who was an inmate housed in the Jackson County Jail.

While the Jackson County Prosecutor agreed with the Indiana State Police that McLemore likely died due to a prolonged lack of attention by jail staff, no one will be charged in connection with his death.

The investigation found that McLemore had numerous, serious health issues. His autopsy determined the cause of death was due to

The autopsy report also listed a history of methamphetamine withdrawal among the list of significant conditions contributing to McLemore’s death.

Ed Budge, a Seattle-based attorney who specializes in jail and prison deaths is representing McLemore’s mother and said, “The death of Joshua leaves serious, serious questions about what occurred during the course of his confinement at the Jackson County Jail, and we intend to get to the bottom of it.”

At the time of McLemore’s death on August 10, 2021, he had two pending criminal cases in Jackson County.

In the first case, on May 25, 2021, McLemore was charged with battery resulting in bodily injury to a public safety officer and resisting arrest, and leaving the scene of a property damage accident.

During that incident, McLemore did speak with law enforcement officers and medical personnel. At times McLemore’s responses were appropriate, and at other times his behavior was bizarre. McLemore did appear to be under the influence of drugs and made strange comments about gangsters chasing him and demons attempting to dismember him.

On July 20, 2021, Seymour Police officers responded to 390 South Jackson Park Drive to an apartment after receiving a 911 call. When officers arrived they found McLemore naked and incoherent. McLemore was transported to Schneck Medical Center in Seymour. During a medical evaluation, McLemore assaulted a nurse and he was arrested on charges of battery on a public safety officer and criminal mischief.

On July 29, 2021, McLemore’s attorney filed a motion to determine competency and for insanity evaluation.

McLemore, not having bonded out of jail while his case was pending, was still in custody in the Jackson County Jail as of August 8, 2021.

After Schneck Medical Center personnel determined that McLemore’s medical condition was critical, McLemore was then transported to Mercy West Hospital in Cincinnati, Ohio.

McLemore passed away at the Mercy West Hospital on August 10, 2021.

During the period of his incarceration at the Jackson County Jail, McLemore spent virtually the entire time in a private, padded cell. McLemore’s cell has a camera that recorded the interior of the cell whenever motion was detected. The Indiana State Police and the Office of the Jackson County Prosecuting Attorney viewed all videos in McLemore’s cell
from July 20, 2021, until he left the jail on August 8, 2021.

He was transported to Schneck Medical Center on August 8, 2021, when jail staff became concerned for his health. Inmate McLemore was incarcerated at the jail for 20 days.

From the video review of the camera inside his cell, it appears that during his incarceration, McLemore retrieved approximately 32 meals from the tray passed through his cell door. The meals he did not retrieve from the tray pass were taken away by jail staff. Breakfast and lunch were offered in Styrofoam containers. Dinners were offered in brown paper bags. Bags would be placed on the tray pass or dropped into the cell through the tray pass. Inmate McLemore would usually destroy the dinner bags and dump the food on the cell floor. McLemore ate very little when he did eat. McLemore lost 44.8 lbs. during his incarceration.

From the video review of the camera inside his cell, it appears that during his incarceration, inmate McLemore retrieved approximately 19 drinks from the tray pass. Drinks were offered in Styrofoam cups or Gatorade bottles. McLemore retrieved fewer drinks from the tray pass than he did meals. Inmate McLemore drank very little when he did drink. He would accidentally and/or purposefully spill the majority of his drinks on himself and the floor. The drinks would mix on the floor with the food trash and his urine, causing the cell to be in a constant state of disarray.

On one occasion during his incarceration, inmate McLemore was placed in the WRAP system (essentially a straitjacket) due to his erratic and self-harming behavior. He was left in it for several hours and monitored. McLemore’s cell had 24-hour camera recording capabilities.

On those dates, his cell was cleaned. Although it was cleaned, it did not stay clean for very long due to McLemore’s actions. There were two occasions that McLemore was showered on July 31, 2021, and August 8, 2021.

McLemore did not ever ask for access to the restroom or shower. McLemore frequently urinated in his cell.

McLemore’s cell was in a state of constant disarray due to his actions. He would spill and throw his food on the floor and walls. He would tear up the Styrofoam trays and cups his food and drinks were served. He would also tear up the brown paper bags that his dinners were served in. In addition to the food, drinks, and trash on the floor, inmate McLemore also frequently urinated on the floor of his cell. The cell was cleaned by jail staff on 3 occasions during his 20-day incarceration. However, within hours of it being cleaned, it was in a state of disarray again.

McLemore remained naked during his incarceration. He was consistently covered in food, drinks, trash, and urine. He would lie on the floor and roll around.

On August 8, 2021, it was apparent McLemore was not well and he was transported to Schneck Medical Center in Seymour. Schneck medical staff decided to transport McLemore to Mercy West Hospital in Cincinnati, Ohio.

The doctor said that Joshua McLemore had a history of illegal narcotics use especially meth.

During McLemore’s care at Mercy West, he was attended to by dozens and dozens of medical staff. He was administered a battery of tests and examinations across multiple, different specialties. It is noted in the medical documents from Mercy West Hospital that, the medical staff was in contact with Joshua McLemore’s mother, about his care and his wishes. It was documented that the family advocated for Joshua McLemore, stating that he would not want to pursue further aggressive measures and would desire the withdrawal of care. With this information, as his
condition continued to deteriorate, life-sustaining treatment was discontinued, and palliative medications were administered. Joshua McLemore was pronounced dead on August 10, 2021, at 5:38 p.m.

Both Schneck Medical Center records and Mercy West Hospital records indicate that inmate McLemore had numerous, serious health issues. The report details Joshua McLemore’s health history prior to his death. Joshua McLemore had a history of mental illness (bipolar disorder and schizophrenia), illegal narcotics abuse, and numerous, serious health conditions. The toxicology report states that Joshua McLemore’s blood was drawn at Schneck Medical Center in Seymour on August 8, 2021, prior to him being transferred to Mercy West Hospital in Cincinnati, Ohio. That blood was examined, and the toxicology results show that no drugs of abuse, no ethanol, and no ethylene glycol were detected.

In the opinion of the Indiana State Police Investigator, there was no evidence of a knowing, intentional, or reckless act. No single person committed an act or omission that constituted a crime. McLemore most likely died due to a prolonged lack of attention by Jackson Jail staff as a group.

The jail employee who would typically watch the video screen that would most likely show the interior of McLemore’s cell typically had between 24 and 36 camera views showing. Each of the camera views was approximately 2-4 inches diagonally, and each camera view showed a different portion of the Jackson County Jail.

On July 22, 2021, jail employees created a log entry that stated that they asked Mr. McLemore if he wanted a shower and for jail staff to clean his cell. McLemore tried to push his way out of his cell and said that he did not want a shower.

On July 25, 2021, jail employees noted that McLemore was striking himself in the back of his head, they placed him in the WRAP restraint system, and heard him make suicidal comments about jumping off a bridge, and cleaning his jail cell.

On July 31, 2021, jail employees logged that Mr. McLemore’s cell had trash and food all over and that Mr. McLemore was rolling around in the refuse. They asked if he wanted to shower and eat but stated that he was not able to respond and was not speaking clearly. They removed him from the cell, gave him a shower, and cleaned his cell.

On August 8, 2021, jail employees logged that Mr. McLemore needed a shower, gave him a shower, and then realized that he needed medical attention. This led to hospitalization and removal from the jail.

The Indiana State Police investigation did not uncover any evidence indicating that McLemore was knowingly or intentionally killed by another person, nor any evidence that his death was caused by a knowing, intentional, or reckless act. Therefore, there is no evidence that McLemore was the victim of murder, voluntary manslaughter, involuntary manslaughter, or reckless homicide.

“Intentional,” “knowing,” and “reckless” culpability are very different from the civil law concept of “negligence.” “Negligence” is essentially a breach of a reasonable duty of care owed by a person or entity to another person.

Both the Indiana State Police investigator and the Jackson County Prosecutor watched the video of McLemore from the time he was placed in the padded cell on July 20, 2021, until he was removed and taken to the hospital on August 8, 2021. Continuous viewing of McLemore in his cell during this time frame clearly shows that he was mostly not eating, mostly not drinking, mostly not sleeping, never asked to use the bathroom, and was in a dissociative mental state.

During his stay in the jail, jail staff did periodically observe McLemore and did note that he was not eating, that his cell was a mess, that he was dirty, and that he was largely nonresponsive when they spoke to him. The jail staff did not connect this information together and infer that McLemore needed medical attention.

Whether a person or entity had a duty of reasonable care towards a person, and if that care was sufficient or a breach of that duty of reasonable care are matters of civil law and not criminal law. The Jackson County Prosecutor agrees with the Indiana State Police investigator that there was no evidence of a knowing, intentional, or reckless act. The Jackson County Prosecutor also agrees with the Indiana State Police investigator that no single person committed an act or omission that constituted a crime, and that McLemore most likely died due to a prolonged lack of attention by Jackson County Jail staff as a group.

Jackson County Prosecuting Attorney Jeffrey A. Chalfant finds that no crimes were committed by employees of the Jackson County Jail related to the death of Joshua A McLemore.