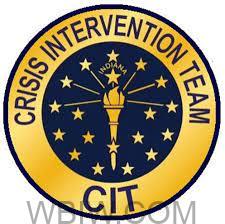 Policing the mentally ill is one of the biggest challenges facing officers today.

According to Chief Deputy Gregg Taylor the course is designed for law enforcement officers to help them recognize and deal with those suffering from mental illness.

Officers are often the first responders to incidents involving people with mental illness. Mental health facilities and services have seen significant budget cuts in recent years. So officers often end up acting both as law enforcement and as social workers.

According to the National Alliance on Mental Illness (NAMI), 43.8 million adults in the U.S. experience mental illness each year. Almost 10 million people report struggling with a serious mental illness that interferes with their major life activities. And 16 million reported having at least one major depressive episode within the past year.

People with mental illness aren’t necessarily more likely to be violent or prone to criminal behavior than anyone else. However, when someone is experiencing a mental health crisis, people nearby often call 9-1-1.

Law enforcement agencies have reported that anywhere from five to 15 percent of their annual calls involve an individual struggling with mental illness. These calls may include a missing person, criminal activity, erratic behavior, or even someone threatening to harm themselves or others.

“In any case, it’s paramount for law enforcement departments to provide their officers with thorough policy and training for policing the mentally ill,” added Chief Deputy Taylor. “If officers don’t have proper training, confrontations involving people with mental illness can escalate quickly. This can put everyone involved in danger. Effective programs and training can help officers de-escalate situations and get people the help they need.”

The CIT program officials hope to expand the training to court personnel, emergency department personnel, and volunteer fire departments in the future.