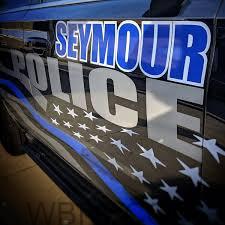 SEYMOUR – The Seymour Police Department has released the identity of the man found dead in a ditch on June 17, 2022, on the city’s east side.

The man has been identified as 50-year-old James Christopher Gravette.

According to a news release, investigators do not believe Gravette’s death was criminal in nature.

In an autopsy report, there were no visible signs of trauma to the body. The cause of death is pending the results of a toxicology report.

Police found Gravette’s body at 1:15 p.m. June 17, after receiving a report of a body in a small creek on the east side of Burkart Boulevard between Fourth and Tipton streets. Police said at the time that the body had been in the creek for several days.

The Gravette’s body was taken to Schneck Medical Center morgue and an autopsy was performed on Wednesday.