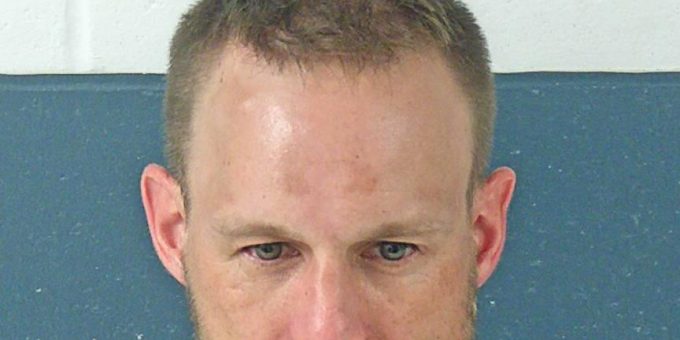 BEDFORD – A Bedford man was arrested Tuesday when Lawrence County Sheriff’s Department deputies responded to a home in the 6280 block of SandPit Road after a report of a man hitting golf balls toward the caller’s property and causing damage to the caller’s vehicles and residence.

When the officers arrived they spoke to 38-year-old Dustin Turpin standing in the Kingdom Hall Church field directly across from the caller’s home. Turpin had several golf balls and golf clubs. Turpin became belligerent when addressed by the officers and refused to tell them his name.

Police say Turpin was intoxicated. Officers attempted to detain Turpin. He tensed up and refused to relax and comply with the officers’ commands.

Turpin was detained on a charge of public intoxication.

In Turpin’s pocket officers found his identification and a cut straw and a baggy that contained crystal meth residue.