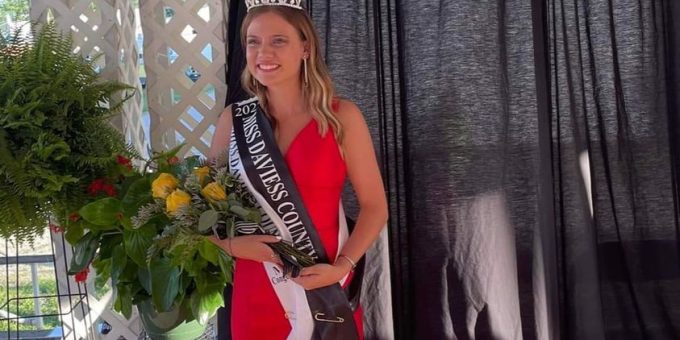 The Daviess County Fair kicked off Tuesday with the annual parade and queen contest.

Jones will receive a $500 scholarship and go on to compete at the state level.