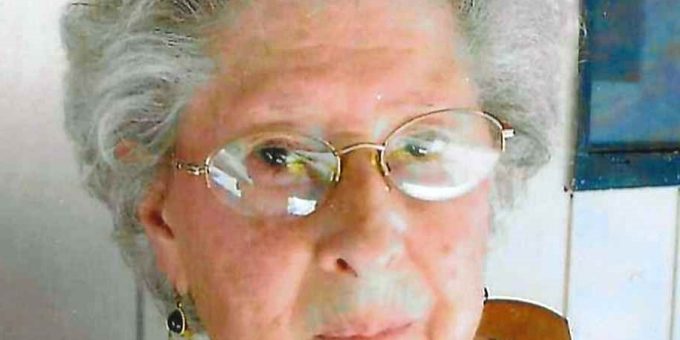 Born January 10, 1925, in Martin Co., she was the daughter of Harvey Wesley and Chloe E. (Baker) Taylor. She married Hobert D. Thompson on August 26, 1942, and he preceded her in death on February 4, 2009. She had worked as a cook at Springville Elementary School for over 20 years.

She was a member of the Free Methodist Church and a founding member of the Ladies Auxiliary of the Perry Township Volunteer Fire Department. Along with her husband, she managed the Springville Cemetery West for many years.

Funeral services will be conducted at 10:00 a.m. on Friday, June 24th in the Elmwood Chapel of the Day & Carter Mortuary with Bro. Vernon Thompson officiating. Burial will follow in Springville Cemetery West. Visitation will be from 4:00 p.m. until 7:00 p.m. on Thursday, June 23rd at the Day & Carter Mortuary. Memorial contributions may be made to the Springville Cemetery West, 3248 State Road 54, Springville, IN 47462 in memory of Hobert and Nova Thompson.