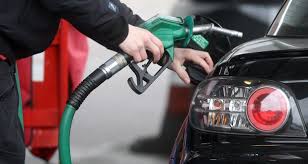 INDIANA — Indiana residents will see higher gas prices at the pumps as the gas tax increases on July 1.

The state’s residents will pay 62 cents per gallon in taxes on gasoline, the state Department of Revenue announced Monday — another jump from June’s record-high 56 cents per gallon.

The calculation shows the rate will be 29.1 cents per gallon as of July 1 an increase of 4.1 cents a gallon.

Residents will also see a state excise tax increase in July. The tax will increase from 32 cents to 33 cents due to an annual increase as per Indiana law

The state’s average price per gallon of regular gasoline was about $5.13 on Monday, above the national average of $4.98

Indiana Democrats are calling for Indiana’s gas excise tax and gasoline use tax to be suspended.

“For an Indiana governor to suspend the gas tax through a declaration of an energy emergency, the state must have an existing or projected energy shortfall that would jeopardize life, health, and property,” Gov. Eric Holcomb said in a statement. “We have not met that threshold.”

Republicans say the gas tax should remain in place to fund the state’s highway construction program and argue that even if the state gas tax was suspended, there is no guarantee that pump prices would be cut by the full amount. They instead backed a plan gradually lowering Indiana’s individual income tax rate over the next seven years.