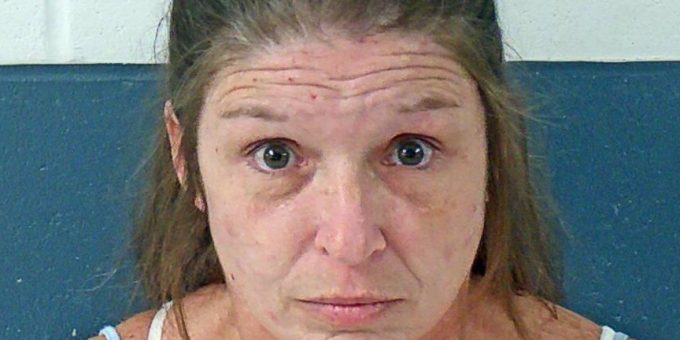 BEDFORD – A Bedford woman was arrested on drug charges after Bedford Police investigate a domestic battery incident on March 7, 2022.

According to a probable cause affidavit, on that day Bedford Police Officer responded to the 330 block of S Street.

A woman reported she had been injured by her boyfriend. Police were given a video of the incident.

In the video, police saw 45-year-old Rebecca Kirk smoking drugs. She is seen lighting a meth pipe and inhaling the smoke.

Officers returned to the scene and spoke to Kirk who admitted to smoking the drug and had been smoking “dab” marijuana THC wax.

Kirk told police they had cleaned up the drug paraphernalia.

The information was forwarded to the Lawrence County Prosecutor’s office and a warrant was issued for her arrest.