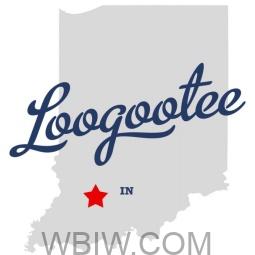 LOOGOOTEE – Some residents in Loogootee made a display for pride month on city property and it was removed on Friday.

The Loogootee Beautification Board was to make the decision on the display, but Mayor Noel Harty says the board of volunteers did not feel comfortable making the decision, so the city council decided to remove them.

Harty said in a statement:

“As we all know the discussion of decorating city property has been the highlight of the last few common council meetings.

In April the council voted that only the city would decorate its property.

During the May meeting, the discussion despite the vote already being made in April seemed to continue. With all of the productivity that has transpired with the city’s beautification board, I made the suggestion that perhaps the Beautification Committee should be in charge of the What, When, and Who might decorate.

Regardless of the suggestion and much discussion, no decision was made for or against the suggestion in the form of a vote by the council. Since the May meeting Beautification Board members have been contacted and all those who responded said while they wanted to continue serving on the board, that they do not feel comfortable making any decisions of this nature. I want to apologize to the board as I understand afterthought that such a board made up of volunteers shouldn’t have this obligation.

Unless the council votes to do otherwise, I support the city council in their decision.”

LGBTQ advocates were not happy with the city’s response. They say groups like churches are allowed to use the property for Christmas decorations and saw no reason the grounds couldn’t be used to display their decorations. LGBTQ officials say they should be able to equally express themselves and will continue fighting for change.

Advocates held a protest by the town fountain at noon on Saturday in response to the removal of Pride flags downtown.