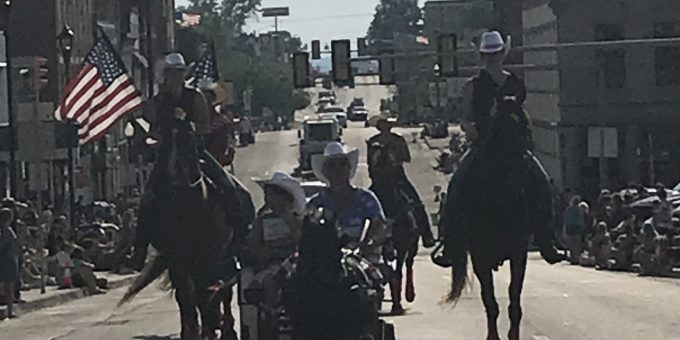 BEDFORD – There is still time to register for the Limestone Heritage Parade. The deadline to enter is Sunday, June 19th. It is free to enter.

The parade will begin at 6:00 p.m. on Saturday, June 25th, and will feature a variety of different entries. The parade route has a new ending point for 2022.

Sarah Turpen, BRI Parade Committee Chairperson explained the reason for the parade route ending being changed for this year.

“Our committee had received feedback that the end of the parade was difficult to navigate for the parade entrants and traffic was being backed up. We partnered with the City of Bedford Street Department, the Police Department, and the Lawrence County Sheriff’s Department to find a solution to alleviating the traffic jam that can occur. We are happy to be able to offer all parade entrants the option of going north on Lincoln, which was previously only available to first responders, or the option to return to the parade line-up area by heading west onto 13th Street, as it’s been outlined in the past. It is important to note that eastbound 13th street at the Lincoln intersection will remain closed to all traffic during the parade.”

This year’s Parade Grand Marshals are husband and wife tandem Jeff and Paige Callahan for their continued contributions to the community.

Jeff and Paige are members of the First Presbyterian Church, where Paige has served as Treasurer. Jeff has been with Bedford North Lawrence High School for the past 30 years. He served as a teacher for 11 years, Athletic Director for 19 years, and has coached football and baseball. He served for over 20 years as a board member with the Thornton Memorial Boys Club / Boys & Girls Club of Lawrence County. He also served as the Youth League Coach at the club from 2005 to 2014. Additionally, he was the co-founder of the Renaissance Program at BNL.

Paige Callahan currently works at Crane and was a teacher at Bedford North Lawrence High School for 12 years. She also served as an Adjunct Professor of Mathematics at IVY Tech. She has served as a Board Member for the Limestone Girls Club, Swim Coach at BNL, and has volunteered with the Boys & Girls Club. Paige also served as the organizer of the BNL Stars vs. Cancer baseball fundraiser game from 2015 to 2021, where more than $35,000 was raised for cancer research and support of the Lawrence County Cancer Patient Services organization.

To register your parade entry, and for more information, you can visit Bedford Revitalization Inc. online at www.DowntownBedford.org, or by clicking this link.