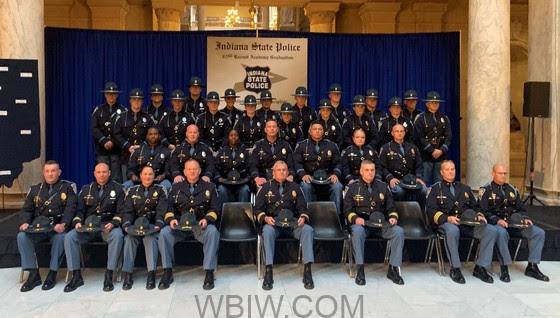 After the commencement address, the oath of office for the 18 new State Police officers was delivered by The Honorable Justice Christopher M. Goff, of the Indiana Supreme Court. Each new trooper was then presented their badge and official identification by Superintendent Carter and his staff.

Each graduating trooper will be assigned to one of 14 State Police Posts across Indiana. Once at their assigned district, the new troopers will spend the next three months working side by side with a series of experienced Field Training Officers. The purpose of the field training is to put to practical application the training received throughout the formal academy training. Upon successful completion of field training, the new troopers will be assigned a state police patrol vehicle and will begin solo patrol in their assigned district.