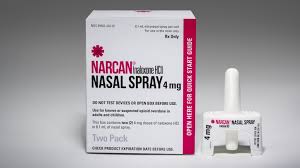 BLOOMINGTON – Overdose education and naloxone distribution are key parts of a comprehensive response to the opioid epidemic. But the overdose reversal drug, naloxone, still appears to be insufficiently available and underutilized.

A recent study by IU researchers, published in BMC Public Health, explored people in the U.S.’s beliefs about overdose and naloxone as a step toward understanding why some communities aren’t using the reversal medication. The study found there are still several misconceptions about naloxone, particularly that it encourages more drug use.

Public Health Associate Professor Jon Agley says their findings indicate that most people in the U.S. believe trained bystanders can prevent an overdose with naloxone. However, some also held unsupported beliefs that might make them less comfortable with having overdose education and naloxone distribution programs in their communities.

The researchers found that many people believed opioid users will use more opioids or be less likely to seek treatment if they know they have access to naloxone – an idea Agley says has been contradicted by research.

Other misconceptions held by study participants included the idea that people who experience a nonfatal overdose once will usually die of another overdose within the year, and that take-home naloxone can be used to get high, which isn’t possible.

Agley says it’s encouraging to see the widespread belief that bystanders can use naloxone to help prevent overdose. But he says more work is needed to eliminate the public’s misconceptions about life-saving overdose education and naloxone distribution programs and to encourage communities to use them.