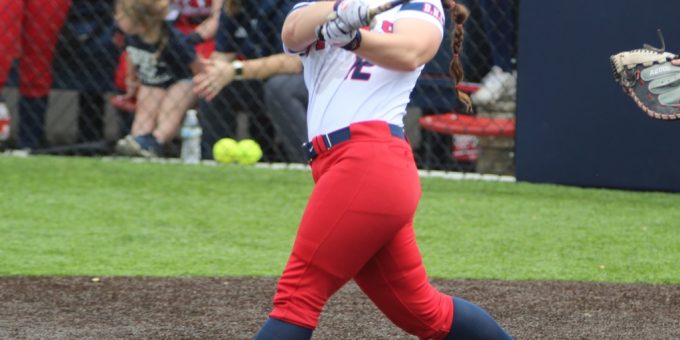 BEDFORD – After two years of abnormal, with so many distractions and disruptions, life returned to more ordinary circumstances during the 2021-22 sports seasons. Bedford North Lawrence made it extraordinary with achievements on the fields and courts, where the news is supposed to happen and be celebrated.

So here’s the wrap on the best of the best, with the top BNL moments during an unforgettable year of tears, titles and trophies:

9. Emma Gabhart qualifies for state: Junior standout Emma Gabhart won two sectional events (the 200-yard individual medley and 100 butterfly) and qualified for the IHSAA state finals for the second straight year. She finished 18th in the IM and 25th in the butterfly.

8. Cole Baker swims to state: BNL junior Cole Baker finished 14th in the IHSAA state consolation race in the 50 freestyle in 21.52 seconds. Baker also competed in the 100 backstroke and two relays in the state meet.

7. Zane Thompson hurdles to All-State: BNL junior Zane Thompson, a sectional champion and regional runner-up, blazed to a new school record in the 300-meter hurdles while finishing sixth in the state in a time of 39.27 seconds. He earned All-State honors in the event.

6. Football switched to Class 4A: BNL, with enrollment figures dictating a change, dropped down to Class 4A for the next two seasons for the IHSAA state tournament. The Stars were assigned to Sectional 23 with East Central, Jennings County, Edgewood, Greenwood, Martinsville, Shelbyville and Silver Creek for the 2022 postseason.

5. BNL wins Pete Pritchett Limestone Classic: In one of the state’s premier holiday basketball tournaments, the Stars stopped No.13 East Central (47-40) and No.3 Noblesville (59-40) to win the Classic named for the Hall of Fame coach. Chloe Spreen had 15 points and Karsyn Norman totaled 14 against the Trojans, while Spreen exploded for 28 points during the impressive win over the Millers (the eventual 4A state champions).

3. Karsyn Norman named Junior All-Star: Norman, who verbally committed to Butler University after averaging 15.0 points and 3.0 steals during the 2021-22 season, became the seventh Star to compete with the Indiana Junior All-Stars. The electric point guard scored 12 points during a 92-89 win over Kentucky at BNL Fieldhouse, and she totaled 11 points during an 89-86 scrimmage loss to the senior Indiana All-Stars.

2. Girls basketball extends sectional streak: The Stars fought off a tremendous challenge from Jennings County in the championship game to claim their 11th consecutive Class 4A sectional title. BNL conquered Jeffersonville (51-42 with Norman netting 14 points), Floyd Central (61-16 with Spreen scoring 16 points) and Jennings (38-36 as Norman totaled 14 points) en route to the crown. BNL has now won 33 straight sectional games and 31 titles in program history. The Stars would eventually fall to Franklin in the regional final while finishing with a brilliant 24-3 record.

1. Softball wins regional crown: BNL, capturing the imagination of the community, blasted its way to records and postseason success, winning the second straight regional title with an 8-1 triumph at Castle. Freshman slugger Ava Ratliff (a state-best 21 home runs and 53 RBIs) and junior pitcher Annie Waggoner (20-3 with a 1.31 ERA) powered BNL to a remarkable 28-3 record (matching the school record for wins). The Stars fell to Shelbyville in eight innings in the semistate semifinal.