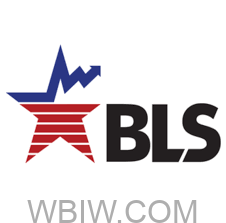 Unemployment rates were lower in April in 13 states and the District of Columbia, while remaining stable in 37 states, the U.S. Bureau of Labor Statistics reported.

All 50 states and the district had jobless rate decreases from a year earlier. The national unemployment rate, 3.6 percent, was unchanged over the month but was 2.4 percentage points lower than in April 2021.

The District of Columbia had the highest unemployment rate, 5.8 percent, followed by New Mexico, 5.3 percent. In total, 18 states had unemployment rates lower than the U.S. figure of 3.6 percent, 10 states and the district had higher rates, and 22 states had rates that were not appreciably different from that of the nation.

In April, 13 states and the District of Columbia had over-the month unemployment rate decreases, the largest of which was in Maryland (-0.4 percentage point). Iowa, Maine, and Minnesota had the next largest rate decreases (-0.3 percentage point each). Thirty-seven states had jobless rates that were not notably different /from those of a month earlier, though some had changes that were at least as large numerically as the significant changes.

If you would like to review the full report, you can visit this link.