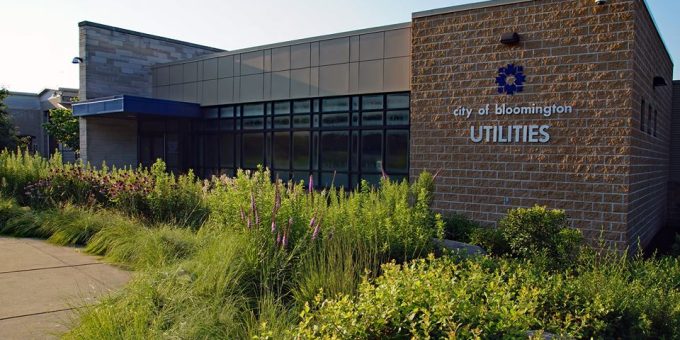 BLOOMINGTON –The City of Bloomington Utilities (CBU) has launched an infrastructure project to identify all active lead (Pb) water service lines in its distribution system.

The Service Line Inventory (SLI) is a new requirement of the United States Environmental Protection Agency (EPA) for municipal utilities to identify lead service lines by October 2024 that remain active on both the private and public sides of the water distribution system.

By conducting the SLI ahead of the EPA’s deadline CBU seeks to leverage state and federal funding resources, like the recently passed federal Infrastructure Investment and Jobs Act, to accelerate CBU’s opportunity to complete a city-wide lead service line replacement.

“We take every precaution to ensure our drinking water is safe, and these precautions are based in science”, said Mayor John Hamilton. “We control pH and monitor mineral content in our drinking water to prevent corrosion in our distribution pipes. Still, the science on lead in drinking water is settled; lead pipes are one of the most common sources of lead-contaminated water, which is unsafe to drink. Being at the vanguard of this EPA requirement allows us to identify any lead service lines that may still be in use and move efficiently into the replacement phase. When complete, this project will ensure a higher quality of life for every Bloomington resident and visitor.”

CBU’s water meets or exceeds all local, state, and federal standards. If a service line is determined to be made of lead during the inventory process it doesn’t mean lead is in the water. CBU’s treatment process is designed to prevent the corrosion of lead pipes. A city-wide lead service line replacement schedule will be created once the inventory list is complete.

If a property is selected for the physical inventory list, residents will receive a letter from CBU requesting a signed Right of Entry agreement. Once on the property, CBU will excavate two small (approximately 18” or less diameter) holes– one on the private side of the water meter and one on the public side of the meter to determine the composition of the line.

The holes will be filled, smoothed, and covered in grass seed and straw that same day. CBU will submit its findings to the EPA and develop a plan to replace all the lead lines in the distribution system. CBU expects to complete the entire inventory project in 12-18 months.

“Our goal is to conduct the SLI with limited disruption to the customer,” said Vic Kelson, CBU Director. “The drinking water in our distribution system currently meets or exceeds all standards, but this inventory that all municipalities are conducting across the nation will ensure safe drinking water for generations.”

For more information about the project, including frequently asked questions, visit bloomington.in.gov/utilities/inventory.

Recover Forward is a multi-year initiative to help our community rebound and thrive as we come out of the COVID-19 pandemic, moving toward greater racial, economic, and climate justice as we do so. More than $15 million has been approved to date by the City Council for critical investments. Recover Forward Bloomington includes $9 million from the federal American Rescue Plan Act and $6 million from City reserve funds. Learn more at bloomington.in.gov/recoverforward.