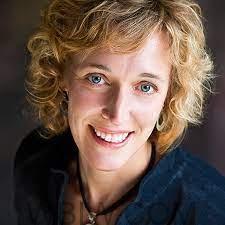 BLOOMINGTON — Kerry Thomson, former CEO of Habitat for Humanity of Monroe County, Thursday announced her candidacy for Mayor of Bloomington. She will seek the Democratic nomination for the mayoral race in the May 2023 primary election.

“My mission is to restore Bloomington as a community that puts people first. We face a myriad of complex challenges, including affordable housing and growing public safety concerns. Addressing these issues requires an executive leader who prioritizes outside input — particularly from those most affected — and listens, learns, and works alongside residents to create community-centered solutions,” said Thomson, who has pledged to hold listening sessions in neighborhoods across Bloomington.

Thomson is new to elected politics but not to executive leadership or city government. She was a leader at Habitat for Humanity of Monroe County for 20 years. In this role, she established policies for shared governance and collaboration that led to unprecedented growth and helped families escape the cycle of poverty. Under her leadership, Habitat was the largest single-family home developer in the county. It also maintained Indiana’s lowest foreclosure rate during the 2009 mortgage lending crisis, allowing Monroe County’s lowest-income homeowners to be its most successful.

In 2018, Thomson assumed the role of executive director for Indiana University’s Center for Rural Engagement. The center helps rural communities across 45 Indiana counties address challenges ranging from substance use disorder and mental health to food systems, arts and culture, and built environments.

Thomson also has a wealth of experience interacting in areas of city government focused on quality of life for Bloomington residents, including with the departments of Housing and Neighborhood Development, Planning, and Community and Family Resources.

“Twice now, I have led the creation or reimagination of complex high-impact organizations and helped build community across lines which too frequently become barriers. I’m ready to do it again for the City of Bloomington,” Thomson added.