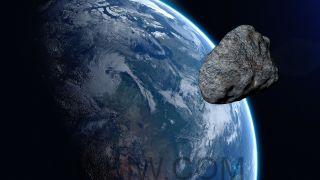 INDIANA – An asteroid the size of three blue whales just zoomed past Earth on Monday morning.

The asteroid missed the planet by more than 2.2 million miles (3.5 million kilometers), about 10 times the moon-Earth distance, at its closest approach.

Asteroids are rocky objects revolving around the sun that are too small to be called planets. They are also known as planetoids or minor planets. There are millions of asteroids, ranging in size from hundreds of miles to several feet across.

The next “close” encounter between 2021 GT2 and Earth will take place in January 2034. That encounter will pose no risk to Earth.