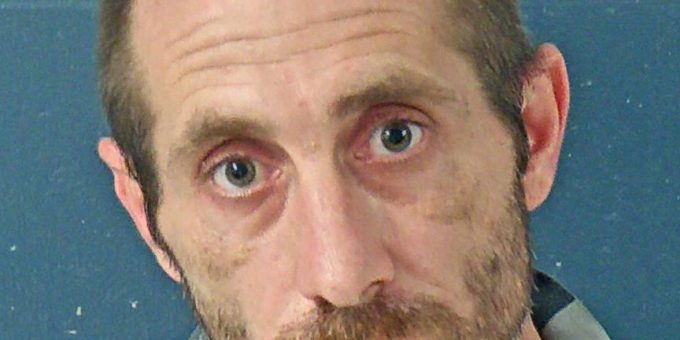 According to a probable cause affidavit, Chief Kinser and firefighters Chad Parks and Shawn King were leaving the station located on Railroad Street in Huron when they saw a sedan pull into the parking lot. A male exited the vehicle and went behind the north side of the fire station.

Parks went around the building and saw the man kneeling beside a trailer containing a generator.

The male reached under the tire and pulled out a plastic baggie containing a white substance.

Parks confronted the man who said his name was Tyler. The man got back in his vehicle and left.

The incident was captured on the fire department’s cameras.

The officer responding recognized the male as 40-year-old Tylor Jean, of Mitchell.

Officers went to a home at 657 Davey Cox Road, where Jean lives with his parents. Police spoke to Jean who said he was never at the fire station. Police found no drugs on him or in his vehicle.

Officer Williams and his canine partner Flek searched the home and found nothing in the home. They then went to outbuildings on the property and found a baggy of crystal meth.  Jean denied hiding the drug.

Jean was arrested on a charge of possession of meth and transported to the Lawrence County Jail.