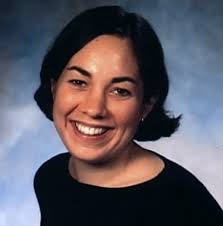 On Sunday, May 31, Jill Behrman disappeared while riding her bike.

In March of 2003, her remains were found by a hunter in Morgan County. She was killed by a contact shotgun wound to the back of her head.

John Myers II was convicted of killing Behrman and was sentenced to 65 years in prison. He is being held in Indiana State Prison in Michigan City. He will be eligible for parole in 2037 for good behavior.

Lindsey Lusk, an attorney with Jenner & Block Partner Clifford Berlow, representing Myers told U.S. District Judge James Sweeney, during a federal appeals court hearing on June 1 that more than 8,000 pages of unreleased documents from the Bloomington Police Department and FBI could have been relevant to jurors and should have been turned over to Myers’ trial lawyer.

Lusk argued that if the documents and their findings were turned over to Myers’ attorneys and introduced at trial, it’s reasonable to assume that at least one juror would have maintained doubt about the evidence and rendered a not guilty vote that at very least would have resulted in a hung jury.

“The evidence shows the State of Indiana did not turn over more than 8,000 pages of Bloomington Police Department and FBI files to Mr. Myers prior to trial. And powerful evidence in those files casts serious doubt on Mr. Myers’ guilt. We believe that when the Court reviews those materials it will come to the only possible conclusion: that Mr. Myers did not receive a fair trial and was wrongfully convicted,” Clifford Berlow added in a statement.

The attorney argued exculpatory evidence would have included that five witnesses believed they spotted Behrman riding south from her Bloomington home, not north as the prosecution theorized which would have sent her in Myers’ direction and that the jury was not aware of three people who confessed or were considered suspects in the murder but later cleared by police.

However, the State of Indiana argued Myers’ lawyer had access to the documents when the trial took place.

The State maintains that Myers’ lawyer, Patrick Baker at the time of his trial, did receive at least some of the information and raised the issues referred to during the trial. However, after the trial, Baker was sanctioned for inappropriate professional practices regarding the case.

U.S. District Judge James Sweeney vacated Myers’ conviction in 2019 following an appeal three years prior. He said Myers had received ineffective counsel, a violation of the Sixth Amendment. However, the 7th Circuit Court of Appeals overturned that ruling in 2020 saying that while Myers’ original trial counsel was questionable, the evidence presented by Morgan County Prosecutor Steve Sonnega was strong enough to result in the conviction.

But Lusk argued that the 7th Circuit judges based that opinion on the limited knowledge of the case before them and were not aware of the allegedly missing documents.

The judge took the case under advisement.