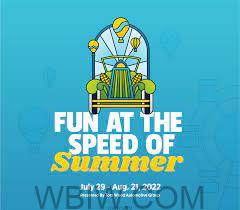 This classic rock band from Topeka, Kan., nearing five decades in the classic rock scene, has become one of the most influential rock bands to date. Kansas, composed of Phil Ehart, Billy Greer, Ronnie Platt, David Ragsdale, Tom Brislin, and Richard Williams, appeared on the Billboard charts for more than 200 weeks throughout the ‘70s and ‘80s and played sold-out arenas and stadiums throughout the United States, Europe, and Japan. Their songs have appeared in many shows like “Supernatural,” “South Park,” “The Office,” and “The Simpsons;” and in films including “Old School,” “Anchorman,” and “Happy Gilmore.”

We The Kingdom is a multigenerational family of musicians, including producers and songwriters Ed Cash (Chris Tomlin, NeedToBreathe, Bethel Music, Crowder), Scott Cash, Franni Rae Cash, Martin Cash, and Andrew Bergthold. With a combination of four different decades, We The Kingdom’s music embraces worship, rock, country, folk, and pop, providing a textured sonic background for vulnerable, gritty lyrics. The Georgia-based band writes songs about the full spectrum of human emotion, including the messy parts, as they aim to embrace brokenness, honesty, and the redemptive power of God’s love in their music.

Singer, Songwriter, Actor, Activist – Chaka Khan is one of the world’s most gifted and celebrated musicians, with a rich musical legacy, the 10-time GRAMMY® Award-winner is looking forward to a celebration of a lifetime. A songwriter, actor, author, philanthropist, entrepreneur, and activist, Chaka Khan has influenced generations of recording artists. She has the rare ability to sing in seven music genres, including R&B, pop, rock, gospel, country, world music, and classical. Affectionately known around the world as Chaka, she is revered by millions of fans as well as her peers for her timeless, classic, and unmatched signature music style and ability. The late, great Miles Davis often said, “She [Chaka] sings like my horn.” And the Queen of Soul, Aretha Franklin says, “[Chaka] is a one- of- a -kind, premier vocalist.”

Trace Adkins is a Grammy award-nominated, three-time CMA award winner that has sold more than eleven million albums and has charted more than 20 singles in his 25-year-long career. This Nashville artist has worked with other big country artists like Luke Bryan to rap superstar Snoop Dogg in his career. Along with singing Trace has found his way into films and television shows getting roles as a tough-as-nails biker in “The Lincoln Lawyer” (starring Matthew McConaughey), a desperate father in “Deepwater Horizon” (starring Mark Wahlberg), a wise oracle of a tattoo artist in the family-friendly film “Moms’ Night Out” (starring Patricia Heaton, Sean Astin, Sarah Drew), and as MercyMe’s actual manager in the box office hit “I Can Only Imagine.”

Features in over 200 motion picture films, Grammy awards, People’s Choice awards, four number one records in a row, and coined the “Founder of the Dance Revolution” all can be claimed by KC & the Sunshine Band. Hits like, “Give it up”, “That’s the way (I like it)”, and “(Shake Shake Shake) Shake Your Booty” have found their way into nearly every major sporting event, parade, wedding, and bar mitzvah of the last three decades. The fifteen-man band took inspiration from the sunny days in Florida to get the very energetic and fun sound that continually influences artists to this day. KC & the Sunshine Band led by Harry Wayne Casey did not only spark a revolution in the 70s and 80s but still has people of all ages now getting up out of their seats to boogie.

GRAMMY® award-winning Contemporary Christian artist Zach Williams aims to share his story of how he found his faith, with honesty and clarity in his troubled past. Zach is a Tennessee-based Christian singer that infuses outlaw country, the dirt-road grit of southern rock, and the contemporary roots music of alt-country into his sound to create a unique and special way to spread his passion for God and share how he stays on the path of being Christian. He grew to popularity with his debut album “Chain Breaker,” winning GRAMMY® award for Best Contemporary Christian album, as well as the GMA Dove Awards 2017 New Artist of the Year and 2018 Artist of the Year.

The Happy Together Tour consists of six bands: The Turtles, Gary Puckett & The Union Gap, The Association, The Classics IV, The Vogues, and The Cowsills. These bands that had their biggest hits in the 60s and 70s brought timeless sounds and songs like “Happy Together” by the Turtles, one of the most recognizable songs of that time period. These bands combined have multiple No. 1 hits with this tour starting in 1984. Since then the band has consistently knocked out 50 shows a year, making this tour an iconic homage to an era of music that has influenced many of today’s artists. The tour has consisted of several different bands and artists throughout the nearly 40 years it has been running, with the only constant band being The Turtles. This group’s members include Howard Kaylan, Mark Volman, Al Nichol, Chuck Portz, and Don Murray. With the exception of Don, all original members are alive today, making this band’s live songs truly original.

Carly Pearce is a young country singer on the rise, releasing her first album in 2017. Her Platinum-certified No. 1 song “I Hope You’re Happy Now” with artist Lee Brice has earned CMA nominations for New Artist of the Year, Song of the Year, and Video of the Year, and won Musical Event of the Year. She has exploded in the country scene touring alongside Blake Shelton, Rascal Flatts, and Luke Bryan. In the past two years, this Kentucky native has won CMA awards for Female Vocalist of the Year in 2021 and Female Artist of the Year in 2022. She is now on her third studio album, “29: Written in Stone,” and has been nominated 22 times for numerous awards since these three albums have been released.

Detroit-raised Fred Hammond is one of the most popular worship gospel singers to date. Getting his start in the 80s, Fred performed in gospel bands and groups until going solo in 1991. Since then, he has released a consistent string of gospel albums, “Verity,” “Pages of Life: Chapters I & II (1998),” “Free to Worship (2006),” and “God, Love & Romance (2012),” “United Tenors Project” (2013) and “I Will Trust” (2014), all reaching Billboard’s No. 1 Gospel Album spot within the first week of release. Fred returned to concerts in 2016 after a 17-year hiatus and has been touring ever since. He continues to collaborate and produce with multiple generations of gospel musicians including The Williams Brothers, Yolanda Adams, Israel & New breed, John Bush & Andy Kellman, and Rovi.