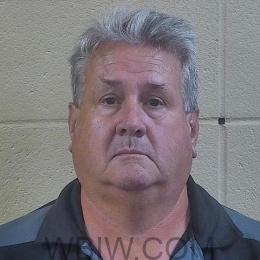 JASPER – A Huntingburg man was arrested Monday for impersonating a police officer.

Zink is a former employee of the Sheriff’s Department, where he briefly worked as a jail officer from October 2017 to September 2018. He is not currently associated with any law enforcement agency.

According to a probable cause affidavit, on Sunday, June 5th Zink entered McDonald’s in Jasper demanding a juvenile employee be released into his custody. The restaurant reported the incident to the police.

On Monday, an officer went to the restaurant and reviewed video surveillance footage from inside the building.

Zink can be seen pointing his finger at the restaurant employee, then reaching into his pants pocket and pulling out what appears to be a leather badge holder. Zink flips the holder over, and the distinctive outline of a sheriff’s badge was visible. The video also allegedly shows Zink displaying the badge to the restaurant employee.

The juvenile then left the premises with Zink. It is unclear how the juvenile was related to Zink.