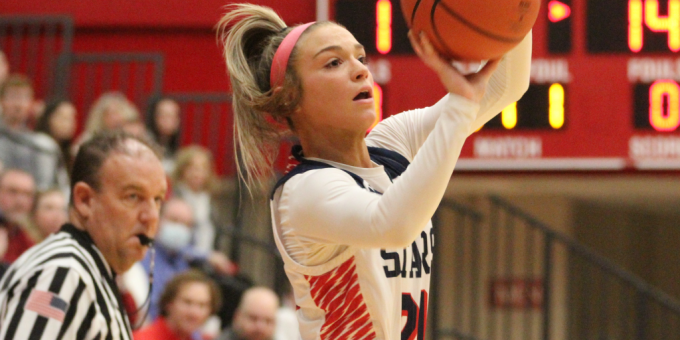 Norman, the spark plug point guard for the Stars, averaged 15.0 points, 3.0 steals and 2.8 assists as a junior, leading the Stars to an Elite Eight finish during a 24-3 season. She was named to the Indiana Junior All-Stars, as well as the Supreme 15 by the Indiana Basketball Coaches Association.

“He talked to me when he was at IUPUI, but he said he knew he wouldn’t get me there,” Norman said with a laugh. “But as soon as he got the Butler job, I was one of his first calls. It’s close to home. I have a huge support system here, and I kind of hope that will follow me. I love all the coaching staff and they’re the main reason I committed.”

Norman has been a three-year starter for the Stars, scoring 863 career points. BNL has recorded a remarkable 67-15 record during her career, and she scored a career-best 30 points against Warren Central. The Stars have won a Class 4A sectional title in each of her seasons, although her goal is now set much higher with this decision behind her.

“I committed a little earlier than I planned on, but when you know, you know,” Norman said. “I’ve always said senior year will be all about a state championship. I don’t want to worry about college or anything else. I’m glad I have it done with. It’s a pretty big relief.”

Godlevske, who guided BNL to the 2013 Class 4A state championship. posted an overall record of 91-144 during his eight seasons at Butler. He was selected by his peers as the 2019 Big East Coach of the Year when the Bulldogs made an appearance in the WNIT.