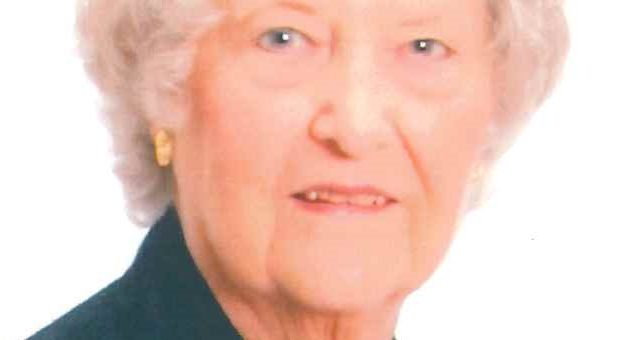 Born November 1, 1924, she was the daughter of Murrell and Geneva (Batman) Jackson. She married Morrell Smith on May 2, 1942, and he preceded her in death on January 18, 1993. She was a homemaker, a member of the Hillcrest Christian Church, and a life-long member of Phi Beta Psi Sorority. She served as a volunteer for the American Red
Cross for 45 years, some as a board member.

She was preceded in death by her parents, her husband, a son, Ron Smith; a sister, Susie Craig; brothers, Joe Richard, Bob, Bud, and Jim Jackson.

A memorial service will be conducted at 11:00 a.m. on Saturday, June 11th at Hillcrest Christian Church with Pastor
Mark Fugate officiating. In lieu of flowers, memorial contributions may be made to the Ron Smith Memorial Fund.