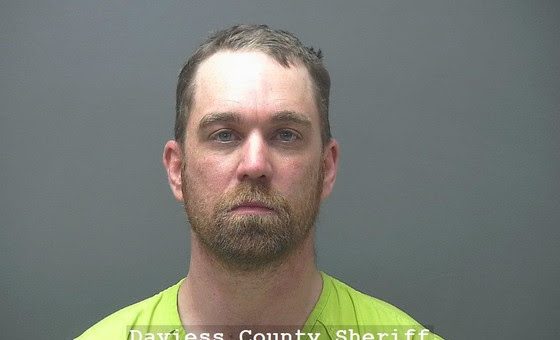 DAVIESS CO. – Allen Weldy, 40, of Mitchell, was sentenced Thursday on a charge of operating a vehicle while intoxicated causing death.

Weldy was sentenced after a negotiated plea deal was filed on January 14, 2022. He pleaded guilty to the crime of causing death when operating a motor vehicle with a Schedule I or II controlled substance on April 13, 2022.

He was sentenced by Daviess County Judge to 3,600 days in jail with 1,440 days suspended and given credit for 40 days served. He was ordered to pay a $200 drug and alcohol countermeasure fee and court costs within 540 days of his release from prison.

Weldy was arrested after a two-vehicle accident at 4:45 p.m. Monday, February 8, 2021, in the southbound lane of I-69, claimed the life of an Indianapolis woman.

According to an Indiana State Police report, a 2017 International Semi-tractor with a heavy flatbed trailer was traveling southbound on I-69 near the 84-mile marker. The semi was driven by then 38-year-old Allen C. Weldy, of Mitchell.

Weldy was driving the semi from Bloomington to Crane and had missed his turn. Weldy decided that instead of going to the next exit he would make a U-turn at the crossover near the 84-mile marker. Weldy pulled into the crossover and stopped for a moment. His trailer was completely blocking the passing lane and partially in the driving lane.

A 2017 Acura SUV being driven by 52-year-old Susan S. Yoo, of Indianapolis, was also traveling south just a short distance behind the semi.

Troopers say Yoo slammed on her brakes in an attempt to avoid the collision but was unable to.

The SUV collided with the trailer in what police say was a heavily overlapping same direction sideswipe. The SUV then slid off the roadway and down an embankment before coming to rest in a ditch.

Yoo was pronounced dead at the scene.

Weldy was taken for a certified chemical test which is standard procedure in a fatal accident. Police say Wedly tested positive for meth.

He was arrested and transported to the Daviess County Jail.

He had no prior convictions.

The OWVI resulting in death is a level 4 felony. There is no bail amount set.