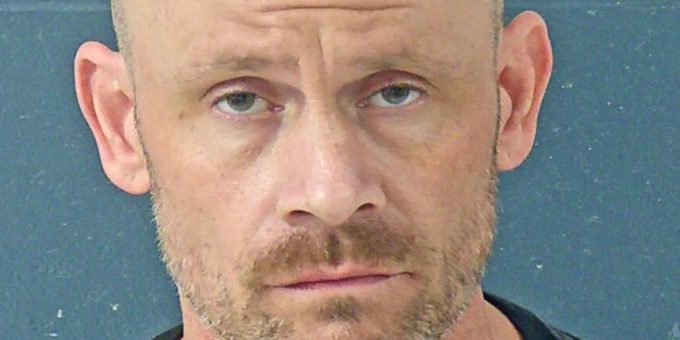 BEDFORD – A Bedford man was arrested Saturday when Bedford Police officers were called to 411 Northwood Drive after a 911 call reporting a female was screaming.

The call was made by 43-year-old David Phillip who told the dispatcher the female was underneath the hot tub outside of the home.

Officers had been at the residence at 1:03 a.m. that morning after Phillip had reported the same incident and they had found no woman.

When police arrived this time, they were greeted by Phillips who took them to the hot tub. But police found no woman in distress there or near the home.

Officers said  Phillips was acting fidgety and appeared to be paranoid. His pupils were dilated and officers believed Philips was high on meth.

Phillips told police his husband had helped him ingest the meth by injection because he was scared to do it himself. He added the meth and other drug paraphernalia were inside the home.

An ambulance was called to the scene, but Phillips declined treatment.

Initially Phillips would not allow officers to search his home, but then changed his mind and allowed officers inside.

Officers located multiple totes in the hallway. Inside the totes were numerous syringes, multiple plastic baggies, and plastic straws containing crystal meth residue. Due to the large number of syringes located in the totes that were uncapped, Officers did not seize them due to safety concerns of being pricked by them.