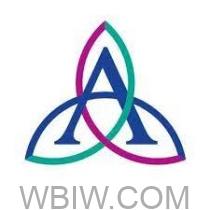 According to court documents, 64 workers are filing the claim that Ascension violated their Title 7 rights and displayed a pattern of religious discrimination for their refusal to assess worker’s religious objections to the COVID-19 vaccine.

Workers claim they were discriminated against when their requests for religious exemptions for the COVID-19 vaccine were denied.

The class-action lawsuit was brought under Title VII of the Civil Rights Act of 1964, which prohibits employment discrimination based on race, color, religion, sex, and national origin.

The lawsuit claimed Ascension St. Vincent “failed to individually and properly assess each application for religious exemption” and instead “established a coercive process calculated to force healthcare workers and staff to abandon their religious objections to the COVID-19 vaccination and receive the vaccination against their will.”

In court documents, the workers say that last year, in early November, Ascension told them they’d be suspended without pay, and eventually considered “Voluntarily Resigned” by January 4th unless they received the vaccine.

Ascension St. Vincent’s review process ran many employees to within a week or two of its vaccination deadline before informing them their application for religious exemption had been denied, the lawsuit said.

Ascension Health said approving the requests would provide undue hardship to the organization, and increase the risk to workplace and patient safety.

“In many of these cases, Ascension Health’s sole explanation for its denial of religious exemptions was a single sentence emailed to each requester: Due to the nature of your role, approving this accommodation poses undue hardship to the organization due to increased risk to the workplace and patient safety,” the suit claimed.

The lawsuit also said that unvaccinated workers without religious exemptions were suspended without pay from November 12 to at least December 17 of 2021, when some workers were brought back to work with no restrictions beyond that of vaccinated employees. However, some workers were not brought back at all, and Ascension St. Vincent did not backpay the employees who did return for the weeks they were suspended without pay, the lawsuit claimed.

When asked about the lawsuit, Ascension Health said it couldn’t comment on pending litigation.