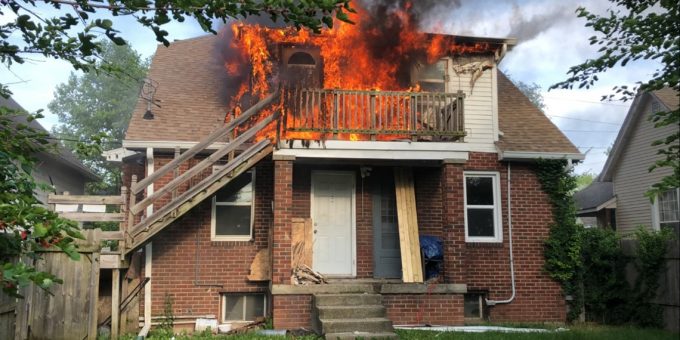 COLUMBUS — A man, woman, and five kittens are safe after Columbus firefighters rescued them from a second-floor apartment Wednesday morning.

Firefighters responded to the fire at Eighth and Reed streets around 8:15 a.m. Columbus Police officers who were already on the scene told firefighters two adults were in a window on the second floor and the only exit was in heavy flames.

As additional fire apparatus was responding, the initial arriving units deployed a portable ground ladder to the second-floor apartment window where firefighters aided a man and a woman out of the home and to an awaiting medical crew from Columbus Regional Health Emergency Medical Service. Both adults were uninjured and received a medical assessment due to the possibility of smoke inhalation. Both occupants were assessed at the scene and declined further medical treatment.

The fire caused extensive damage to the apartment, including to the attic, roof, staircase, and patio area. There was also water damage in an unoccupied apartment on the first floor. The ground-level apartment was under renovation and not occupied by tenants. The total damage is estimated to be $90,000.

The cause of the fire is still under investigation.