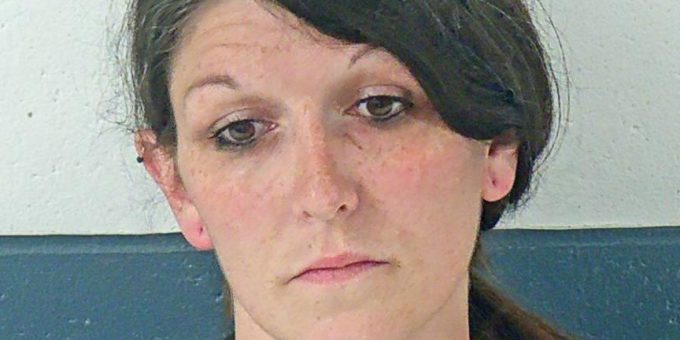 The officer stopped the vehicle in the Sinclair gas station parking lot because the license plate on the trailer was expired.

There were three occupants in the vehicle, including the driver 36-year-old Kristina Smith, a male, and a male child.

While speaking with Smith and the occupants of the truck the officer noticed the license plate on the Dodge Ram pickup was also expired.

Deputy Michael Williams arrived on the scene with his canine partner Flek who alerted officers to possible drugs in the vehicle.

Police found an uncapped syringe and a small baggy containing Heroin in Smith’s wallet. No other illegal items were located in the vehicle.

The vehicle and trailer were impounded.

Child Protective Services was then alerted.