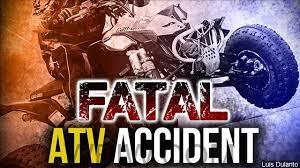 At approximately 9:00 p.m., officers responded to the 9400 block of N 500 E in LaPorte County for a serious ORV accident with bodily injury.

Upon arrival, investigating officers learned a 13-year-old juvenile operator lost control of a side-by-side ORV while attempting to turn at a high rate of speed. This caused the ORV to roll over, ejecting the occupants.

The investigation into the incident is ongoing and additional information will be released as it becomes available.