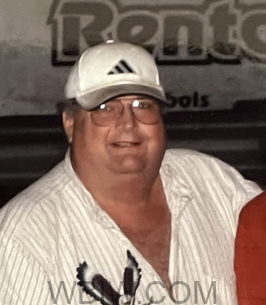 Born, on January 12, 1953, in Bloomington, he was the son of the late Kenneth and Mary (Howard) Sciscoe. Randy was a 1970 graduate of Bloomington High School.

Randy was preceded in death by parents Kenneth L. and Mary M. Sciscoe, grandparents Fred and Jessie Sciscoe, Clarence and Pearl Howard and several aunts, uncles, and cousins. Randy will be remembered lovingly by his family for “Calling them as you see them.”

Visitation will be 2-7pm Friday, June 3, 2022 at The Funeral Chapel of Powell and Deckard in Bloomington.

Funeral services will be 11:00 am Saturday at The Funeral Chapel with Pastor Mickey Smith officiating. Burial will follow at Clear Creek Cemetery.