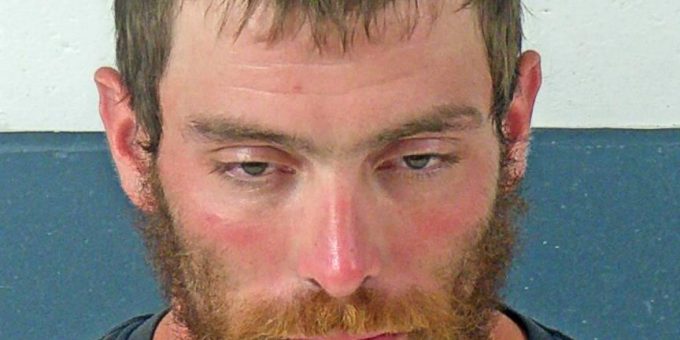 BEDFORD – A Bedford man was arrested early Thursday, May 26th after a Bedford Police officer conducted a traffic stop on State Road 50 East and Tunnelton Road.

The female driver was stopped because the vehicle’s license plate light was not working.

Her passenger was 29-year-old Dennis Porter along with four of her children who were in the rear passenger seat.

The officer noticed the driver and Porter were nervous and would not make eye contact. Both denied consent to search the vehicle. Canine Zazu alerted officers to drugs in the vehicle.

No drugs were found in the vehicle.

The driver was issued a warning for an inoperable license plate light and released from the scene, however, after the vehicle departed an officer located a plastic bag underneath the guardrail where Porter was standing containing 4.51 grams of crystal meth.

Officers caught up with the vehicle near the intersection of 16th and D streets and stopped the vehicle at the Marathon gas station. Porter was detained. He denied knowing anything about the baggie of meth and denied ownership but later admitted the drugs were his.

Porter was arrested on charges of obstruction of justice, and possession of meth.