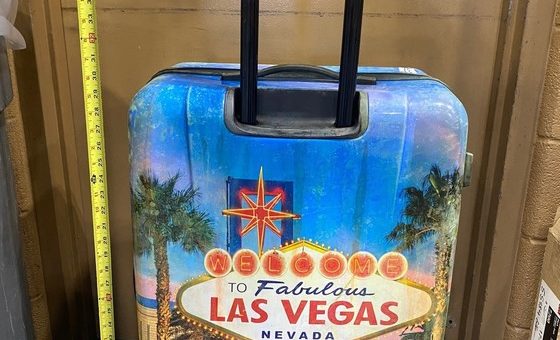 SELLERSBURG –  Detectives and investigators with the Indiana State Police in Sellersburg received the official autopsy and toxicology report regarding the unidentified child found in a suitcase in rural Washington County on April 16, 2022.

The official autopsy report attributes the child’s death to an “electrolyte imbalance”. The report also states the imbalance was likely from “a viral gastroenteritis” and says the blood toxicology was “negative”. The report further states there was an “absence of significant traumatic injuries”, advising there was “no anatomical cause of death”.

After the autopsy results were released, detectives also stated they have no evidence which leads them to believe the child was alive when placed into the suitcase, and that the child was clothed and clean. Although the autopsy report states the child is of unknown age, investigators still believe the boy was approximately five years old at the time of his death.

Investigators continue to utilize a variety of investigative techniques and have worked with several outside agencies during this investigation. Although numerous tips have been called into the nationwide tip line, detectives have not been able to identify the boy. Investigators are not ruling out the possibility that the child could be from out of state or even out of the country.

The unidentified child is described as a young, black male approximately five years old. The child is approximately four feet tall and has a slim build and a short haircut. The child’s body was found inside a closed hard case suitcase with a distinctive Las Vegas design on its front and back. The suitcase was located approximately 80 feet off Holder Road in a heavily wooded area of eastern Washington County which is located in southern Indiana.

If anyone has information regarding this case, they are encouraged to call the nationwide toll-free tip line at 1-888-437-6432.