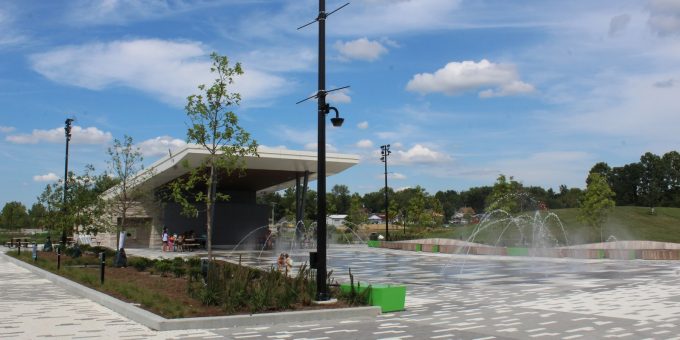 BLOOMINGTON – Numerous infrastructure improvement projects are underway this season to advance community goals, including safety, sustainability, accessibility, equity, economic vitality, and quality of life in Bloomington. The City will provide regular public updates on a range of these improvements as they progress.

Both pools are scheduled to open to the public for the 2022 swimming season this Saturday, May 28, at 11 a.m. Parks staff tested chemical and mechanical systems, as well as the pool heaters. For more City pool information visit bloomington.in.gov/parks/pools.

Bloomington’s first public park, dedicated in 1924 and upgraded by the Works Progress Administration in the 1930s, has been undergoing a significant streambank erosion project and trail and boardwalk construction, all of which are reaching substantial completion. The new accessible boardwalk to the waterfall opened for public use on May 11th. This week contractors are restoring the original limestone picnic tables to new concrete pads.

The city of Bloomington Public Works has substantially completed guardrail installation along both sides of Headley Road. The new pedestrian crossing speed table will be painted with warning markings this week and a few final safety improvements will be made before the road is reopened to two-way traffic. Learn more about the Griffy Lake project at bloomington.in.gov/node/3512. 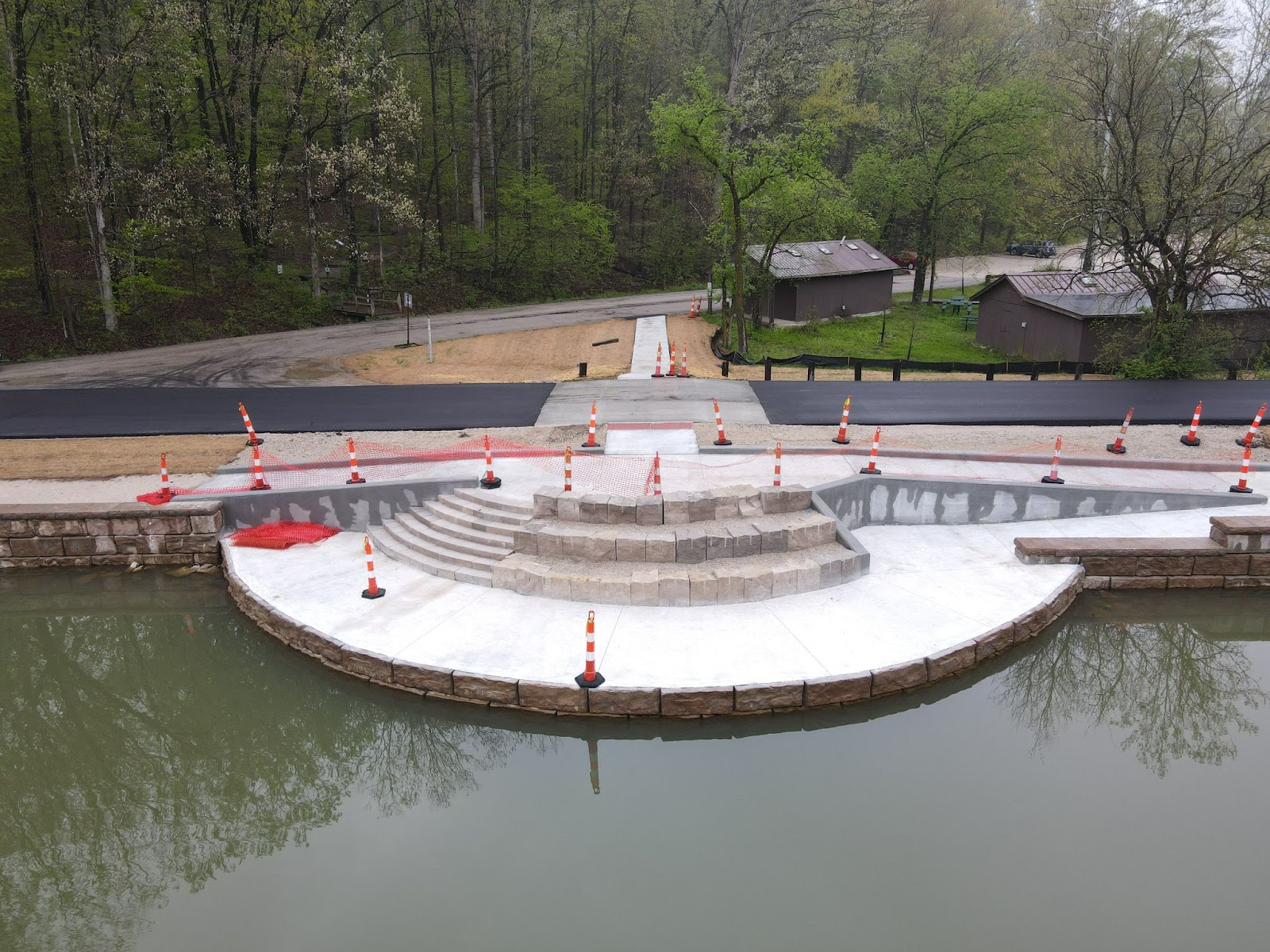 The playground at RCA Community Park will be closed from May 31-June 2 while Parks and Recreation staff remove the old playground surfacing, and install newly engineered wood fiber surfacing. RCA’s athletic fields and courts, trails, and shelters will be open during playground resurfacing work.

Asphalt removal work scheduled for last week was delayed to this week and on the 24th contractors began to remove asphalt in the area identified for the planned scatter garden (designated place for scattering the ashes of those who have been cremated). Paving of Rose Hill’s interior roads will begin after Memorial Day Weekend and work will continue through June. The cemetery’s internal roads will be closed during this time.  Once resurfacing begins, the cemetery and Third Street pedestrian entrance will be closed to all foot and vehicle traffic.

Water pump and electrical system repairs on the decorative fountain at The Waldron, Hill, and Buskirk Park (formerly Third Street Park) are completed and the fountain is now operating.

A new traffic signal funded by the Indiana Department of Transportation via past agreements associated with the I-69 project at the intersection of Tapp Road and Deborah Drive was activated Tuesday, May 24th.

Construction is expected to begin in June on the City of Bloomington’s Crosswalk Improvement Project, a federally funded project that will construct improved crosswalks at three different intersections. The project was prioritized by the Bloomington-Monroe County Metropolitan Planning Organization (BMCMPO) to receive $494,005 in Highway Safety Improvement Program (HSIP) funding for up to 90% of construction costs. The Highway Safety Improvement Program is a core Federal-aid program with the purpose to achieve a significant reduction in traffic fatalities and serious injuries on all public roads. The safety and accessibility improvements include the following:

Street paving planned for this week and the week of May 30 includes: