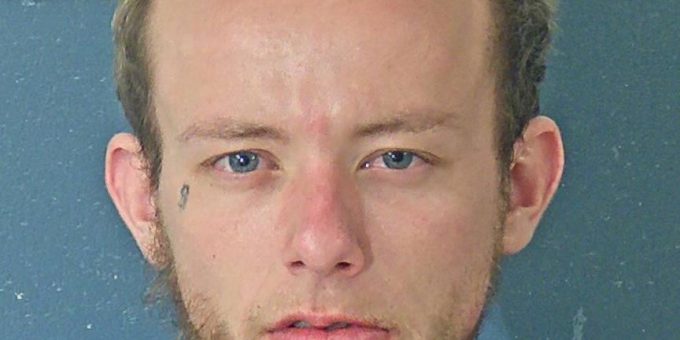 BEDFORD – A Bedford man was arrested after a concerned citizen stopped a Bedford Police officer at 4:20 p.m. who was at Casey’s in Oolitic about a suspicious male at Knuckle Bend gas station acting erratically.

The man was wearing a red hooded sweatshirt and blue jeans. The concerned citizen said the male was holding a light and walking north.

The male was located near Rawlins and Oolitic roads by another Bedford Police officer.

The male was identified as 21-year-old Kaden Tincher. The officer noticed a “chicken bone” or glass smoking pipe in Tincher’s pocket. The officer went to detain Tincher and he tensed up and became more nervous and began resisting. Officers had to take Tincher to the ground to handcuff him.

Tincher was arrested on charges of possession of meth, possession of drug paraphernalia, resisting arrest, and public intoxication.