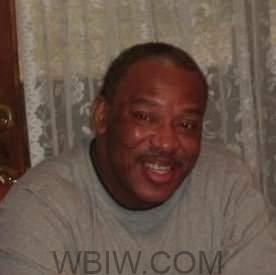 George Jenkins, 67, of Bedford, Indiana (formerly of Radcliff, Kentucky), passed away peacefully on Tuesday, May 24, 2022, at the home of his step-daughter in Bedford, Indiana.

George was born on December 20, 1954, in LaGrange, Georgia to Willie and Roberta (Huzzle) Jenkins. He was first married to Sherry Jenkins and she predeceased him. He then married Christie Key Guthrie on September 1, 2005, and she survives.

George served in the United States Army from 1974 until 1996 and served two tours in Germany and one tour in Korea as well as various posts around the United States Army. He then retired from civil service with the Department of Defense at Fort Knox, Kentucky in 2019. George enjoyed traveling and loved spending time with all of his grandchildren.

George was preceded in death by his parents and his first wife, Sherry.

To honor George’s wishes there will be no funeral services, there will be a graveside service at the Veteran’s Cemetery at Fort Knox, Kentucky on June 13, 2022, at 2:30 p.m. and everyone is welcome to attend, Cresthaven Funeral Home is entrusted with his care.