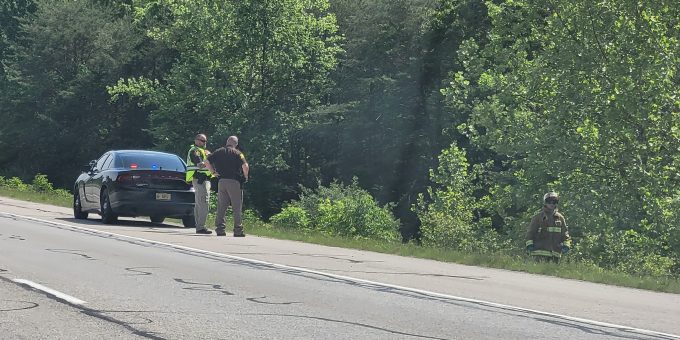 NEEDMORE – A Mitchell man was injured in a single-vehicle accident on State Road 37 at Trogdon Lane Tuesday afternoon.

According to a Lawrence County Sheriff’s Department report, a 1993 GMC Sierra driven by 54-year-old Charles Kidwell, of Mitchell, was traveling south on State Road 37, just south of Trogdon Lane when the vehicle ran off the right side of the roadway and struck a tree and bushes.

Kidwell suffered a severe head injury and was airlifted via a medical helicopter to Methodist Hospital in Indianapolis.