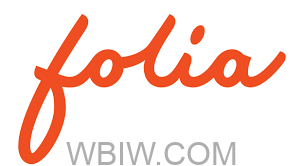 BLOOMINGTON — Flywheel Fund, a member-managed capital fund run by The Mill, today announced a $50,000 investment in Folia, as part of a $2 million seed round led by IU Ventures, with participation from the IU Angel Network and the IU Philanthropic Venture Fund, as well as Elevate Ventures. Folia’s digital collaboration platform and tools improve organizational productivity and security while reducing economic and environmental costs.

Brian Hatton, Venture Partner for Flywheel Fund, said, “Folia solves a long-standing organizational challenge that’s been exacerbated by the rise of remote work: how to build shared knowledge. Folia’s tools allow organizations to assemble and share valuable information from a wide range of sources, while also collecting team insights on that information in real-time, in a secure, user-friendly interface. One result, of course, is you get this terrific content repository. But what you’re really building is a powerful, paperless workflow of research, analysis, dialogue, decision-making, and continuous improvement. Folia’s already got significant traction in the market, and we think they’re well-positioned for expansion.”

Folia’s iAnnotate tool already has more than a million users across sectors such as education, legal, and finance. Folia’s ability to track comments revisions across versions also attracts users in creative fields such as screenwriting and design.

Pat East, Executive Director of The Mill, the nonprofit center for entrepreneurship that runs the Flywheel Fund, commented, “As an investment fund, we’re constantly conducting research and due diligence and making notes on what we discover to inform our decision making about where to invest. So we can immediately understand the need for Folia’s software and its market potential. We’re thrilled to invest in Folia, and even more thrilled to see Folia putting down roots in Bloomington and making plans to significantly expand their workforce here.”

Co-founder and CEO Ravi Bhatt recently moved from Chicago back to Bloomington, where he had earned a degree in cognitive science at Indiana University. Co-founder and COO Erik Coyne is a Bloomington native and retired U.S. Air Force colonel. Both Bhatt and Coyne are attorneys and experienced firsthand the need for better annotation tools in the legal industry. Additionally, Coyne’s experience in the Pentagon gave him a unique perspective, he said, on the many benefits—security, environmental, efficiency—of eliminating reliance on paper.

Bhatt said, “We’re excited to be working with Flywheel to expand our vision of paperless work life and help companies collaborate more effectively in the modern office. It’s also fantastic to see the impact that Pat, Brian, and the team are having in our local startup community. It’s no small feat to get a member-run seed fund off the ground. Harder still to grow the program year over year and become one of the strongest match-makers (for investors, founders, and tech enthusiasts) in the state.”

Folia will use the investment funds to expand its marketing, sales, and development teams and engage more companies in the paperless movement.