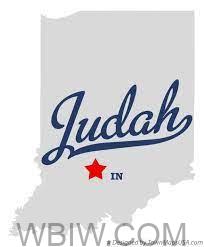 A $600,000 grant was applied for and awarded through the Office of Community and Rural Affairs on behalf of the South-Central Regional Sewer District. The sewer district is responsible for their portion of the cost of the project ($235,000) which will be paid from wastewater funds.

Richard Martin, treasurer for the board said the current wastewater treatment plant was built in the mid-1970s and serves 115 residents and area businesses in the Briarwood Addition and Judah area and has reached the end of its lifecycle.

Currently, the treatment plant can process up to 37,000 gallons a day and operates at 50-60 percent capacity. However, the wastewater treatment plant has an antiquated design, which doesn’t include a digester. The new design will feature ultraviolet cleansing, as well as an aeration chamber, among other features, and will be up and running by next month.

Construction was delayed due to COVID-19. Once the new plant is up and running the old plant will be demolished.

“We have been cited by IDEM in the past before and we want that to stop,” Martin said in an earlier meeting. “In the long term, with more development in the area, if we need more capability after demolishing the old plant we can build another plant at that location.”