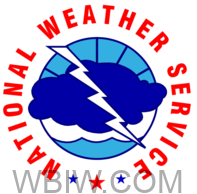 INDIANA – The National Weather Service has confirmed three tornadoes touched down in Indiana during storms that swept through the area on Saturday.

Straight-line winds are believed to be responsible for damage in multiple counties across the state and power outages that left at least 60,000 Hoosiers without power at the peak of the storms.

In Brown County, the National Weather Service confirmed an EF0 tornado touched down around 3:40 p.m. The tornado was believed to be on the ground for around 2 minutes, according to the NWS, and took out numerous trees in a densely wooded area.

In Johnson County near Camp Atterbury, an EF0 tornado with winds up to 84mph was briefly on the ground around 3:48 p.m.

The tornado damaged a church, causing the steeple to topple over. According to the NWS, several vehicles were also lifted slightly with plywood debris from the roof of the church.

Straight-line winds of 80 to 90 miles per hour uprooted multiple trees and damaged a sign at Edinburgh High School.

Just minutes after the tornado was reported near Camp Atterbury, an EF1 tornado with maximum wind speeds up to 110 miles per hour touched down near St. Paul.