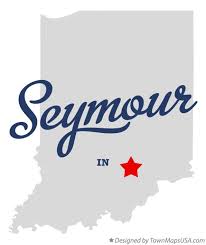 SEYMOUR – The City of Seymour is receiving a half-million-dollar federal grant to start cleaning up polluted Brownfield sites.

The city announced this week that the grant money from the U.S. Environmental Protection Agency would be used for the assessment and cleanup of brownfield sites that have been abandoned or underutilized because redevelopment is hampered due to real or perceived pollution on the property. The money will also be used to update a list of brownfield sites and conduct community engagement activities about the site.

According to city officials, it will conduct up to 24 site assessments and develop five to 10 cleanup plans.

The priority sites include former tire shops, a former auto repair and body shop, a former gas station, and a former paper mill located in the downtown industrial and commercial area.

Seymour Mayor Matt Nicholson said the city recently saw the transformation of a former brownfield site into a $12.5 million apartment complex. He added this grant will help evaluate other properties to determine what needs to be done to make them marketable.