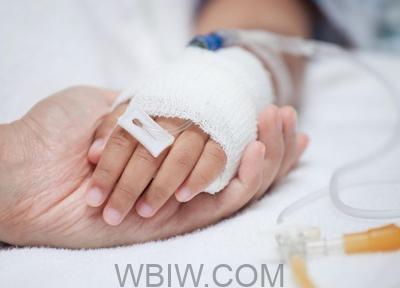 INDIANA – Public health officials are keeping a close eye on an outbreak of hepatitis affecting young children in the United States and Europe.

Indiana is one of 36 states that have reported cases of hepatitis in children with no known cause.

Hepatitis, in general, is liver inflammation. Viral hepatitis is typically caused by one of several viruses. However, the typical viruses associated with hepatitis have not been found in the current cluster of cases.

In many cases, hepatitis is mild. It can, however, require hospitalization and result in liver failure in severe cases. Typical symptoms include abdominal pain, diarrhea, vomiting, jaundice, and increased levels of liver enzymes.

The outbreak involves 11 countries so far and public health officials are at a loss to explain it. According to the World Health Organization, 169 cases of acute hepatitis have been reported so far, with no known link. It affects children between the ages of one month and 16 years old.

Seventeen children have needed liver transplants, representing about 10% of reported cases from the current outbreak. One death has been reported so far. The cause remains elusive, though adenovirus has been detected in 74 of the cases, according to the World Health Organization.  No patients in Indiana required a liver transplant.

Health officials say because viruses are a common cause of inflammation of the liver, the first thought was to look for normal hepatitis viruses, like hepatitis A and much less commonly B or C, monoviruses, or other viruses More recently, there have been queries as to whether a virus called adenovirus could play a role. It is not often associated with hepatitis

Adenoviruses are common and often cause respiratory issues. It can also cause other symptoms, including liver inflammation, in immunocompromised or seriously ill children.

Though adenovirus has been found in some of the children with reported cases of hepatitis, it has not been found in all of them. Leaving many cases in which doctors can’t pinpoint the cause.

The CDC is investigating the cause and possible links to coronavirus.