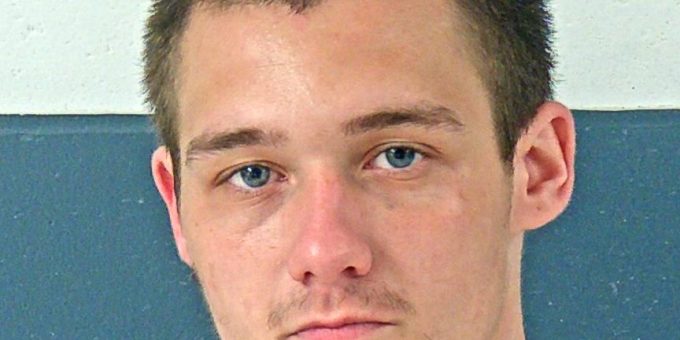 BEDFORD – A Bedford man was arrested on drug charges on Thursday after a Bedford Police officer stopped a vehicle on 5th Street, west of the intersection of X Street.

The officer was driving west on 5th Street when he noticed a person walking in the middle of the eastbound lane of traffic and another person walking on the shoulder of the roadway.

The officers slowed and approached the subject for not getting out of the road as he passed.

Norman who was walking in the roadway was carrying a blue backpack and a sweatshirt.

The officer told Norman it was dangerous to be walking in the roadway. The two men told the officer they were walking to a friend’s hotel room at the Super 8 Motel so they could go swimming.

The officer then asked for consent to search their person. One of the men agreed but the officer found nothing.  The officer then searched Norman and found a syringe cap in his front pocket. Norman told the officer he didn’t know the cap was in his pocket. He then stated, “I didn’t know I had that on me. I mean my grandma wears my pants and everything and she has diabetes.”

The officer then found a rubber tourniquet in Norman’s back pocket. Inside Norman’s blue backpack, the officer located a cut straw with crystal meth residue, a spoon with meth residue, two spoons without handles, a plastic container with a crystal-like residue inside, and a corner of a clear plastic bag containing a wax-like substance. The cut straw, spoon with residue, plastic container, and wax-like substance all field-tested positive for methamphetamine.

Norman was placed in handcuffs and arrested.

The officers asked if Norman had thrown anything before being approached by the officer. He said a syringe might have fallen out of his pocket. Officers searched the area but didn’t find the syringe.

When Norman exited the patrol vehicle, he kicked a syringe out of his left pant leg. While placing Norman in the rear of another officer’s vehicle, the officer located another syringe at Norman’s feet.

The other man was released from the scene.