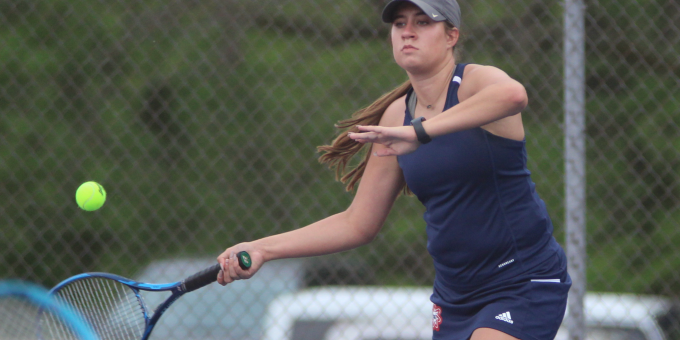 The Cougars lost only one game in three singles matches while advancing to the final to face rival Bloomington South. The Stars finished with a sparkling 13-6 record.

“The scores look much worse than the play was,” BNL coach Joni Stigall said. “North is good, a ranked team that is always tough and we played well with them.”

BNL’s best shot came at No.1 doubles. North’s Ellie Bruce and Kiera Murphy survived a first-set tiebreaker for a tough 7-6 (7-1), 6-3 win. The Cougars cruised at No.2 as Siggy Force and Bella Winkler conquered Kenley Craig and Izzy Alldredge 6-0, 6-1.

“I am so proud of this team,” Stigall said. “Our improvement over the last couple of years is something to get excited about. Before the season, we made a list of 10 goals, and a winning season was on the top of the list. We accomplished that goal easily. Our record is fantastic and the fact that we didn’t just load it with beatable teams means so much more. We played tough teams all year long.

“The parents and coaches of North made sure to tell us how much we have improved and that they see that we are really starting to get good. I love that! However, I’m not satisfied. I hate for the year to end, but we will get back to work really soon. We already know what we need and want to work on.

“Our 1 doubles really looked good tonight. They were our closest and best match. That 6-3 second set was more like another tiebreaker set. They were so back and forth. They have nothing to be disappointed about.”