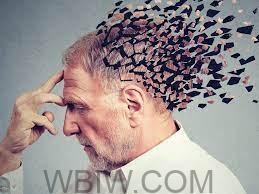 BLOOMINGTON – Dementia currently affects about five million older adults in the United States, and that number is expected to more than double over the next 40 years.

A study from the Regenstrief Institute and Indiana University School of Medicine shows that the symptoms suffered by people with advanced Alzheimer’s disease and related dementias who live in the community occur at a strikingly similar rate to those of dementia patients in a nursing home.

The study is one of the first to look at dementia symptom prevalence in the community population. Researchers took baseline survey data from a five-year randomized clinical trial funded by the National Institutes of Health’s National Institute on Aging and analyzed responses from caregivers regarding symptoms.

The most common symptoms reported include pain, agitation, anxiety, and resistance to care. Researchers found that both the rate and types of symptoms suffered by those with dementia in the community were very similar to those in a nursing home setting, says Kurt Kroenke, a Regenstrief research scientist, and professor at IU School of Medicine.

Kroenke, working closely with study leader Greg Sachs, a fellow Regenstrief research scientist and a professor of medicine at IU School of Medicine, found that more than 40 percent of community residents with dementia were experiencing such symptoms at least weekly, significantly affecting the quality of life for both patients and caregivers.

However, these symptoms often go unreported when the patient lives at home rather than in a nursing home. Researchers and clinicians are now attempting to address this issue with palliative care interventions. They are testing a collaborative care model using nurses and community health workers to help manage symptoms and provide caregivers with support.