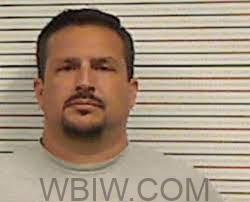 MEMPHIS, Tenn. — A former pastor in Tennessee and Indiana faces up to life in prison after he pleaded guilty to federal child sex abuse charges, prosecutors said.

Henley was the pastor at Holladay Church of Christ in Benton County, Tennessee, and coached the Holladay Elementary School girls’ basketball team, prosecutors said. Henley later went to work at a church in Evansville, Indiana, in April 2021.

Henley drove to Tennessee in June to pick up a girl and brought her back to Indiana, where he had sex with her when she was 15. Later, another girl said Henley had asked her to create and send sexually explicit images, prosecutors said.

Prosecutors said, investigators found sexually explicit images on Henley’s cell phone when was arrested in June as he was driving back to Tennessee.

Henley faces 15 years to life in prison at sentencing in August.