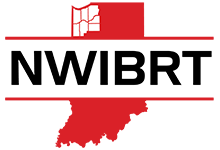 Awards were given to a variety of firms based on topics like safety performance figures, jobsite innovation, collaborative efforts to improve construction, professional development, and more. Representatives from NIPSCO, Cleveland-Cliffs, Cargill, Franciscan Health, and many other leading companies were in attendance.

“One of the things that’s often overlooked about NWI construction is how much work companies do regarding safety. It’s a task that never stops. Not even for a moment. Companies here in our region make a dedicated effort to refine their safety practices across some of the most challenging projects. That’s why NWIBRT is proud to honor these companies. They adhere to a standard well above what’s expected, and that elevates our entire regional construction profile,” said NWIBRT Safety Committee Chair and Cargill Health & Safety Manager Rick A. Foor.

“We’re always impressed by the ingenuity and quality found throughout projects in our region. There are many truly amazing craftspeople and contractors here and we’re proud to honor their achievements,” said Dewey Pearman, executive director of CAF. “Every day, these award-winning firms are laying the foundation for the future of our communities and they’re leading the way for other firms in the construction industry.”

About NWIBRT: NWIBRT is an independent, non-profit council of local firms committed to the improvement of construction and maintenance projects in Northwest Indiana.

Contractor of the Year

Company of the Year

Contractor of the Year:

Projects of the Year: