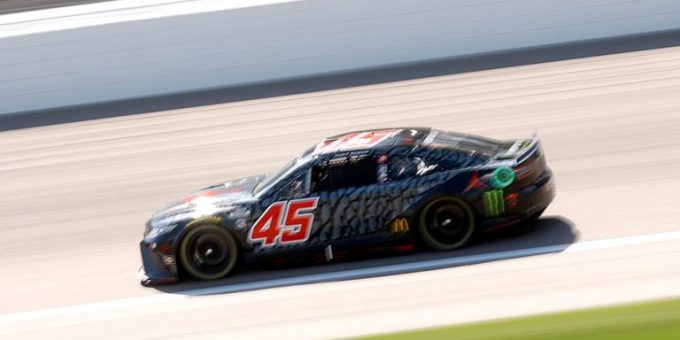 In an intensely competitive run to the finish of Sunday’s AdventHealth 400 at Kansas Speedway, Busch nosed past leader Kyle Larson at the finish line on Lap 259 of 267 and completed the pass two corners later off Turn 2, as Larson scraped the outside wall.

Seven laps later, Busch’s No. 45 23XI Racing Toyota crossed the finish line 1.413 seconds ahead of Larson to win for the first time at Kansas, the first time this season, and the 34th time in his career. Busch has now won NASCAR Series Cup races for five different car owners and with four different manufacturers.

Kevin Harvick and Busch are the only two drivers who have competed in every NASCAR Cup Series race at Kansas (a total of 33).

There were eight caution periods for a total of 47 laps.

Only 23 of the 36 drivers in the race finished on the lead lap.

Chase Elliott remains the championship leader after Kansas with a 52-point advantage over second-place Ryan Blaney.

The next event on the NASCAR Cup Series schedule is the non-points NASCAR All-Star Race on Sunday, May 22 at Texas Motor Speedway in Fort Worth. The race starts at 8 p.m. EDT with live coverage provided by FS1 and SiriusXM NASCAR Radio beginning at 5:30 p.m. with the undercard NASCAR All-Star Open.