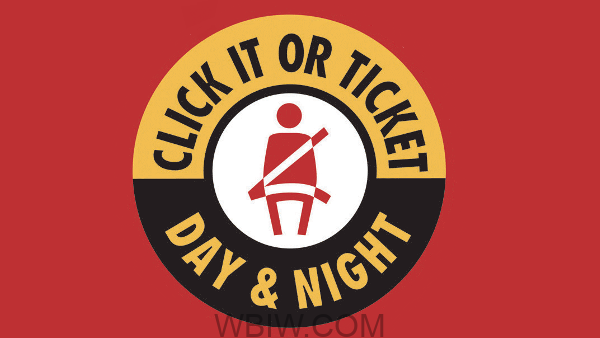 The Indiana State Police, along with other agencies across Indiana, will be increasing patrols as part of the national “Click It or Ticket” enforcement campaign ahead of Memorial Day weekend.

For the next three weeks, officers will be out in full force making sure drivers and passengers are buckled up and children are properly secure.

Their goal is to reduce the number of traffic injuries and fatalities from lack of seat belt use, a continuing concern. Data from the Indiana Criminal Justice Institute (ICJI) shows that unbuckled motorists make up almost 40% of all passenger vehicle deaths in the state.

The overtime patrols are funded by the National Highway Traffic Safety Administration (NHTSA) with grants administered by ICJI.

“Our focus is not on writing tickets but to encourage people to buckle up in order to saves lives,” said Indiana State Police Sergeant Rick Brown, team leader for the Indiana State Police Peru Post Crash Reconstruction Team. “Seat belts are your best form of protection in a crash and against dangerous drivers. At the end of the day, we want everyone to reach their destination safely.”

Despite making progress and advances in vehicle safety, in 2020, 226 unbuckled vehicle occupants lost their lives on Indiana roads – the second highest in the past decade. Young drivers, especially males, were the least likely to be buckled during a crash.

Research has repeatedly demonstrated the safety benefits of seat belts and the dangerous consequences when people choose not to use them. Buckling up can reduce the risk of injury or death in a crash by 50%. Without a seat belt fastened, people can be ejected from a vehicle and killed, and that risk increases if the driver is speeding or impaired.

Indiana law requires the driver and all passengers to buckle up. Children under age eight must be properly restrained in a federally approved child car seat or booster seat.

Throughout the campaign, officers will be watching for seat belt and car seat violations while conducting high-visibility patrols during the day and night, when unrestrained driving is at its peak. Drivers can be cited for lack of seat belt use, but also for each unbuckled passenger under the age of 16.